The year is 1985. Thousands take to the streets to protest New Coke; the Internet Domain Name system is born, giving the world ".com,"; Space Shuttle Atlantis makes its maiden flight; Marty McFly rides a DeLorean Back to the Future; Steve Jobs steps down from Apple (he’ll be back); Microsoft releases Windows 1.0; and in a small town near Louisville, Kentucky, the software that would become Surpass goes into service for the very first time. 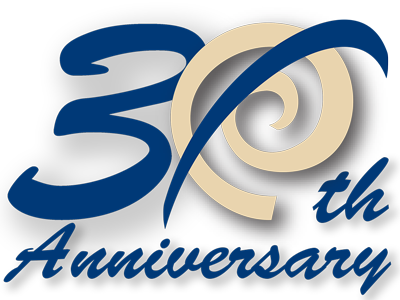 This year, Surpass celebrates 30 years of serving libraries and their patrons.

It all started as the idea of a pioneering librarian who was disillusioned by the systems available at the time. She had a vision for something better and sought out the help of a 22-year-old programmer to help her bring her vision to life. It was named Melvil, in honor of Mr. Dewey.

Other librarians started hearing about Melvil and adding their own ideas for “something better.” With each better idea, the software evolved and grew. Soon, it would be popping up in other libraries in Kentucky and then across the United States.

Thirty years later, the software that started as Melvil, now called Surpass, serves libraries and their patrons all over the world as it continues to evolve and grow by listening to librarians looking for “something better.”

And that 22-year-old programmer? He’s not so young today but he’s still banging away at computer keyboards, creating great library software, and writing little articles such as the one you’re reading.

Do you have any “vintage” (or more recent) photos of Surpass being used in your library? What are your favorite – or funniest – memories of using Surpass? We want to hear from you! Post your photos and stories on our Facebook page before the end of the year for a chance to win a $25 Amazon gift card. We’ll chose winners in different categories (oldest, funniest, etc.) based on the number of “likes” and whatever other criteria we might make up. This contest is not about rules – it’s about having fun!

I’ll get things started with a training video from 1988 featuring yours truly. Feel free to go ahead and make fun of my 80s hair (oh, how I miss that hair)! My friends call this the “Press Enter” video because of the number of times I said that.Enjoy!